What’s in an intensity scale?

A tropical country like the Philippines would have been more familiar with storm signals, but there is also a scale that is as important especially among those living along the volcanic belt.

With Mt. Kanlaon of Negros Island now acting up, it is time to re-familiarize ourselves with the Philippine Institute of Volcanology and Seismology Earthquake Intensity Scale (PEIS).

The PEIS, according to Phivolcs, is a measure of how an earthquake is felt in a certain area, based on the relative effects of an earthquake on structures and surroundings.

The following are the levels of the scale, with its respective descriptions.

Intensity I is “scarcely perceptible”

According to the Phivolcs, under this intensity level, “delicately balanced objects are disturbed slightly”, while “still water in containers oscillates slowly”.

Under this intensity, tremors are felt by many people indoors especially in upper floors; hanging objects swing moderately; and still water in containers oscillates moderately. According to the Phivolcs scale, it also “feels like a light truck passing by”.

Tremors under this intensity is felt by most people indoors and outdoors, a  “strong shaking and rocking is felt throughout building”, hanging objects swing “violently”, small, light, and unstable objects may fall or overturn. Liquids spill from filled open containers, while vehicles rock “noticeably”. At this level of intensity, “leaves and twigs of trees shake”.

Under this level of intensity, furniture and other heavy objects are displaced, wall plasters might crack, and people lose balance.  Small church bells ring, and vehicles on the road feel like they are running on flat.  Very old or poorly-built houses and man-made structures are “slightly damaged” though well-built structures are not affected. Limited rockfalls also occur under this level of intensity, and rolling boulders “occur in hilly to mountainous areas and escarpments”. Trees would start shaking.

Under this level, heavy objects and even furniture start to overturn or topple over, while people on the upper floors will have difficulty standing.  “Considerable damage” occurs in “old or poorly-built structures”, with even some “well-built structures” are slightly damaged. Cracks may appear on on dikes, fishponds, road surface, or concrete hollow block walls. Loose saturated sand starts losing strength and behave like liquid (liquefaction), and landslides occur.  Trees also shake “noticeably”.

Under this intensity level, people will find it difficult to even stand outdoors, while many well-built buildings are “considerably damaged”.  Concrete dikes and foundations of bridges get destroyed by ground settling or toppling.  Railway tracks are bent or broken, while utility posts, towers, and monuments may tilt or topple.

Under Intensity VIII water and sewer pipes may be bent, twisted, or broken, while man-made structures to sink, tilt, or topple.  Numerous landslides and rockfalls occur in mountainous and hilly areas, while boulders are thrown out from their positions particularly near the epicenter. Fissures and faults start to rupture, trees shake violently,  and water splashes over dikes or the banks of rivers.

Under this intensity level, people are forced to the ground, and most buildings “are totally damaged”.  Bridges and elevated concrete structures are toppled or destroyed, while numerous utility posts, towers, and monuments are tilted, toppled, or broken.  Sewer pipes are “bent, twisted or broken”.

Intensity IX is also marked by landslides and liquefaction with widespread lateral spreadings and sandboils. The ground is also distorted into undulations, while trees are shaken very violently with some toppled or broken. Boulders are commonly thrown out and “river water splashes violently on slops over dikes and banks”.

At this level, many trees are toppled, broken, and uprooted, while “practically all man-made structures are destroyed”.  Massive landslides and liquefaction occur, while the ground’s surface start to sink at a large scale.  Ground fractures are observed while rivers change courses, and destructive seiches (standing waves) in large lakes occur. 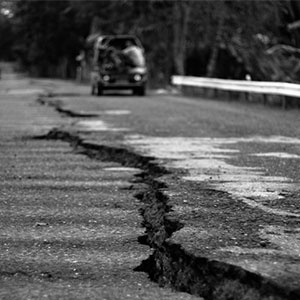 Hope amid uncertainty for local ABS-CBN employees, a “sad day for democracy”

Features DNX News Desk - July 10, 2020
0
BACOLOD CITY, Negros Occidental, Philippines - Local employees of media giant ABS-CBN, friends and supporters of the network continue to hope even as they expressed pain and surprise on social media shortly after the House of Representatives voted, 70-11, at the level of the House franchise committee to deny the renewal of the Lopez-owned franchise for another 25 years.
- Ads by Media.net -

ABOUT US
Pioneer digital-first news and information source based in Bacolod City, Negros Occidental province. We are committed to providing high-quality journalism to our audience.
Contact us: [email protected]
FOLLOW US
© DNX - Digital News Exchange